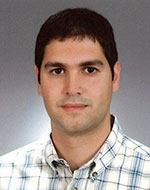 During 15 years in mining industry, Onur worked in several base and precious metals projects. He began his career in 2005 working as an exploration geologist for JV projects of Demir Export (Turkey) and Tuprag (subsidiary of Eldorado Gold Co.) in Western Turkey after completion B.Sc. (2004) at Hacettepe University (Ankara). Following the JV project, he joined Demir Export working in Eastern Turkey on exploration of base and precious projects. He completed a M.Sc. degree in economic geology in 2011. From 2010 to 2013, he held leading resource geologist position in Demir Export where he was involved several, gold, copper, lead zinc and iron ore projects and reconciliation of several iron ore mines. In 2014, Onur consulted to TPM Mining’s numerous gold, lead exploration projects in Tanzania. He joined Yılmaden holding as a senior geologist end of 2014, where he was part of the team that finalized loan agreement for Voskhod with EBRD and UniCredit. He was also responsible for improvement of Voskhod’s technical competence in mining, geology and geotechnics in the manner of completing new JORC complaint resources and reserve report in 2017. After his promotion to mining and exploration senior manager he lead the JV projects with Kazgeology. He also lead the technical team who explored, planned and start the operation of Turkey’s first full mechanized chromite mine in Eti Krom.

Challenge of doing exploration in far away geographies: Yilmaden Joint Ventures with Kazgeology