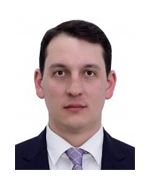 Director of the Subsoil Use Management Department, Ministry of Industry and Infrastructural Development of The Republic of Kazakhstan

Born in 1980, Kazakh, higher education. In 2006 — Femida Legal academy with a degree in «Legal Consultant».

The main innovations in the Code of the Republic of Kazakhstan "On Subsoil and Subsoil Use".