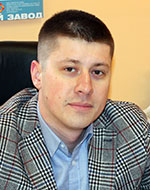 Roman graduated from Saint Petersburg Mining University with a degree in Mining engineering. Now Roman is a student of Executive MBA program in the Russian Presidential Academy of National Economy and Public Administration (RANEPA).

In 2013 took award as Young Millionaire according to the magazine Business Petersburg.

Execution of a project for production and promotion Russian-manufactured directed drilling constructions.